Let’s face it, no one really looks forward to filing their taxes. Between the time, the paperwork and the thought of potentially owing money to the IRS, most Americans may want to drag their feet when it comes to filing taxes. Some of us even wait right up to the deadline of April 15, but who’s procrastinating the longest?

We were curious to find out where America’s biggest procrastinators are when it comes to filing taxes. Using geo-targeted search data, we analyzed Google searches in all 50 states and the 30 largest cities in America during last year’s tax season (January – April 2019). Our analysis included total search volume for phrases and questions related to keywords such as “can I file taxes late,” “need tax extension” and “last day to file taxes” as well variations of those keywords and phrases. 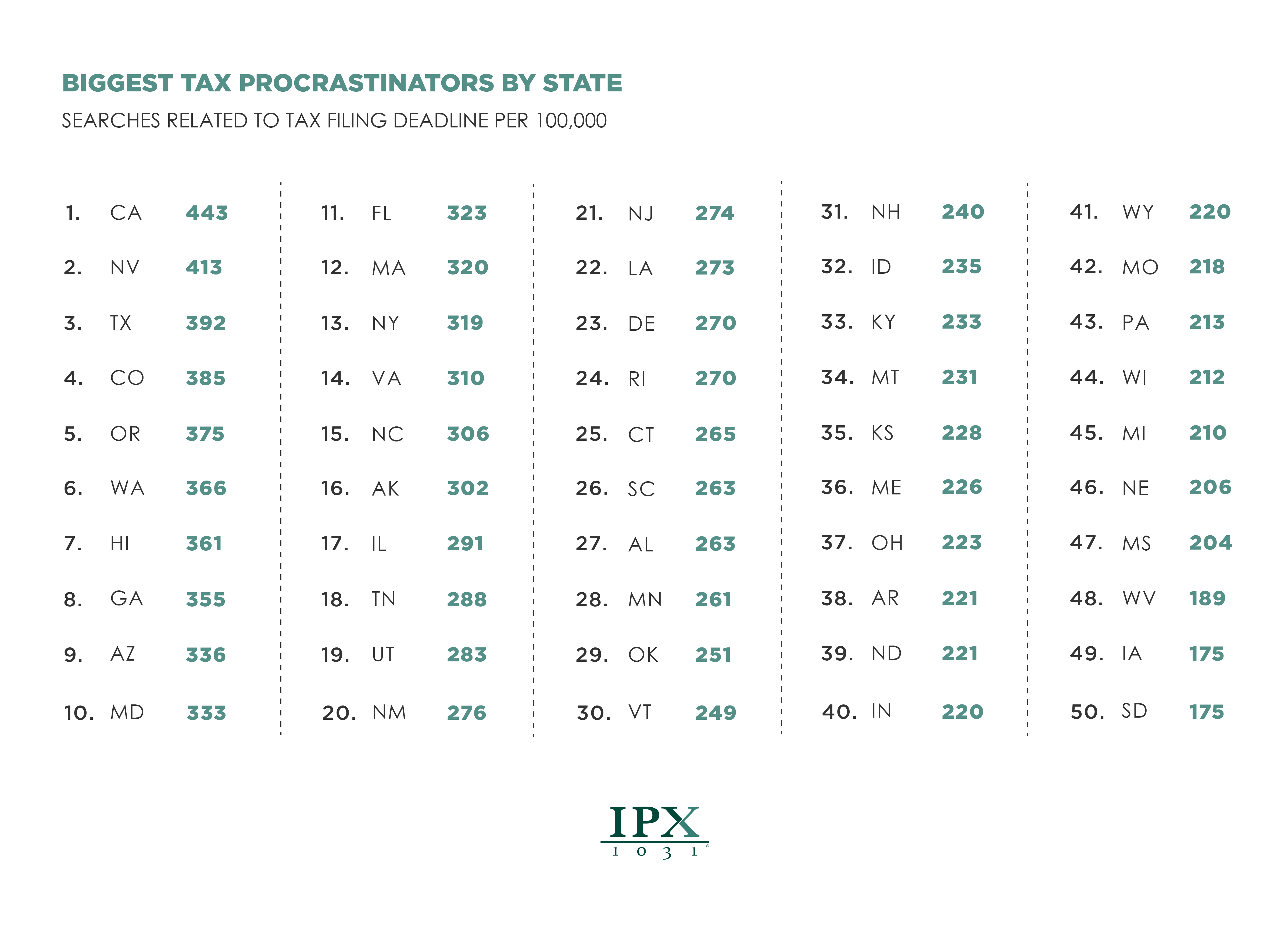 If you’re looking for states who procrastinate the least, look no further than the Midwest. States like Iowa, South Dakota, Nebraska, Michigan, Wisconsin, Missouri and Indiana are among states with the lowest searches per capita and all rank within the bottom 10. Only one Midwest state, Illinois (No. 17), ranks within the top 25 on our list. 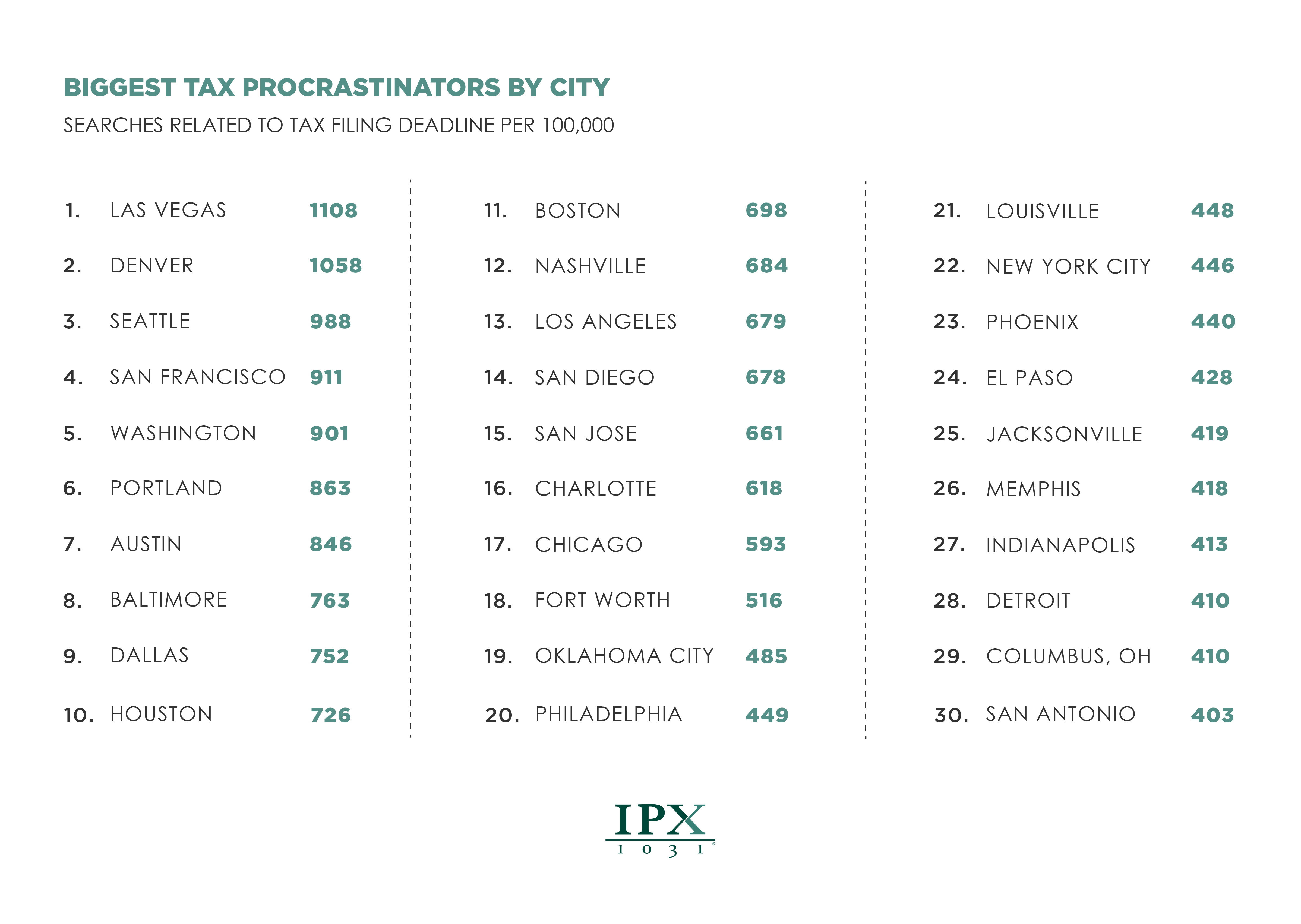 Procrastination isn’t necessarily only common in certain areas of the country. In fact, the most popular time to file taxes is the very last week you can file without an extension, according to the IRS. 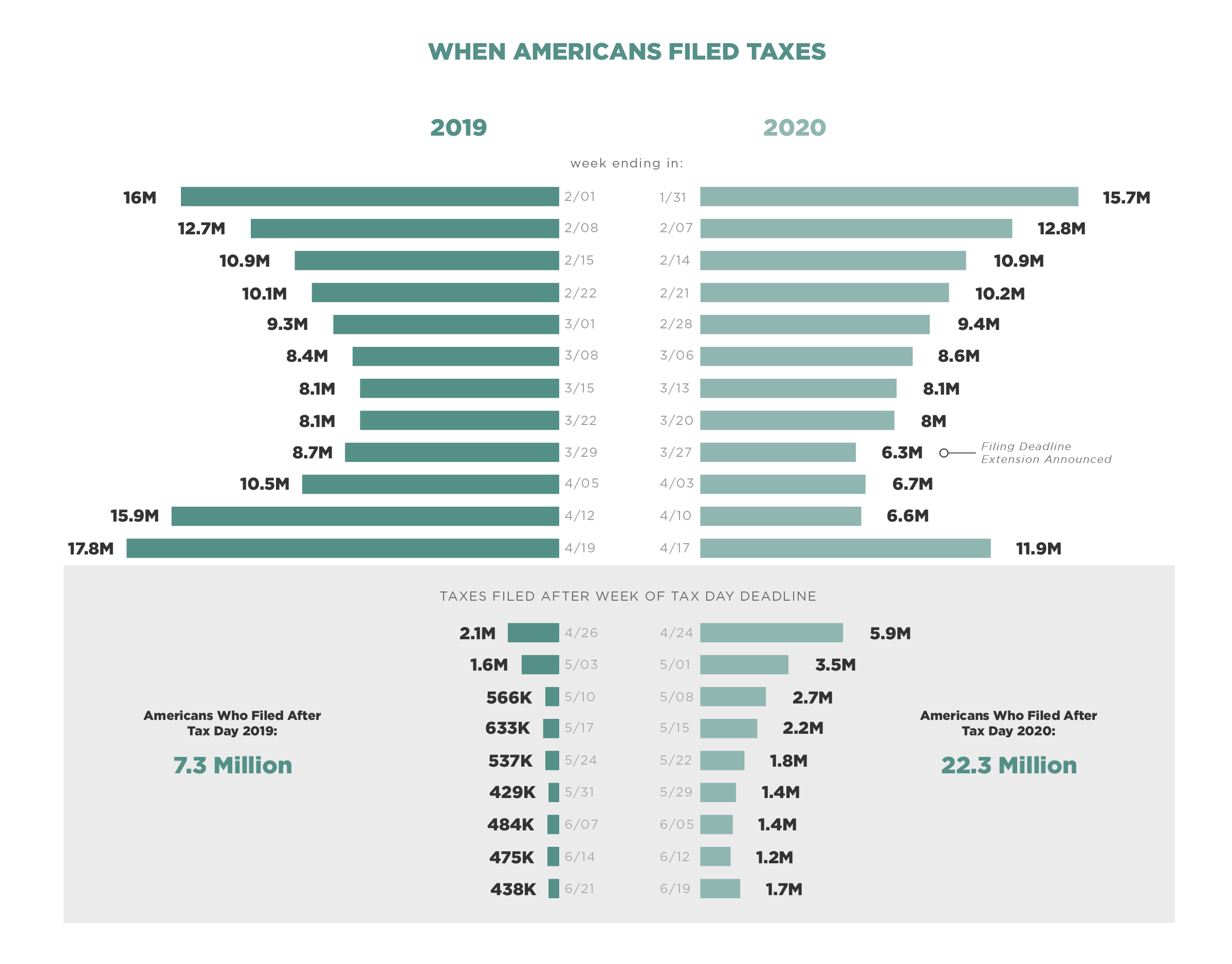 In 2019, the IRS received the largest amount of tax returns during the week of Tax Day, with 17,806,000 tax returns being filed that week. The second most popular week to file taxes last year was the first week of tax season. A total of 16,035,000 tax returns were filed during that week, according to the IRS.

More than 20 million Americans utilized the extension, according to IRS filing data.

When is Tax Day? 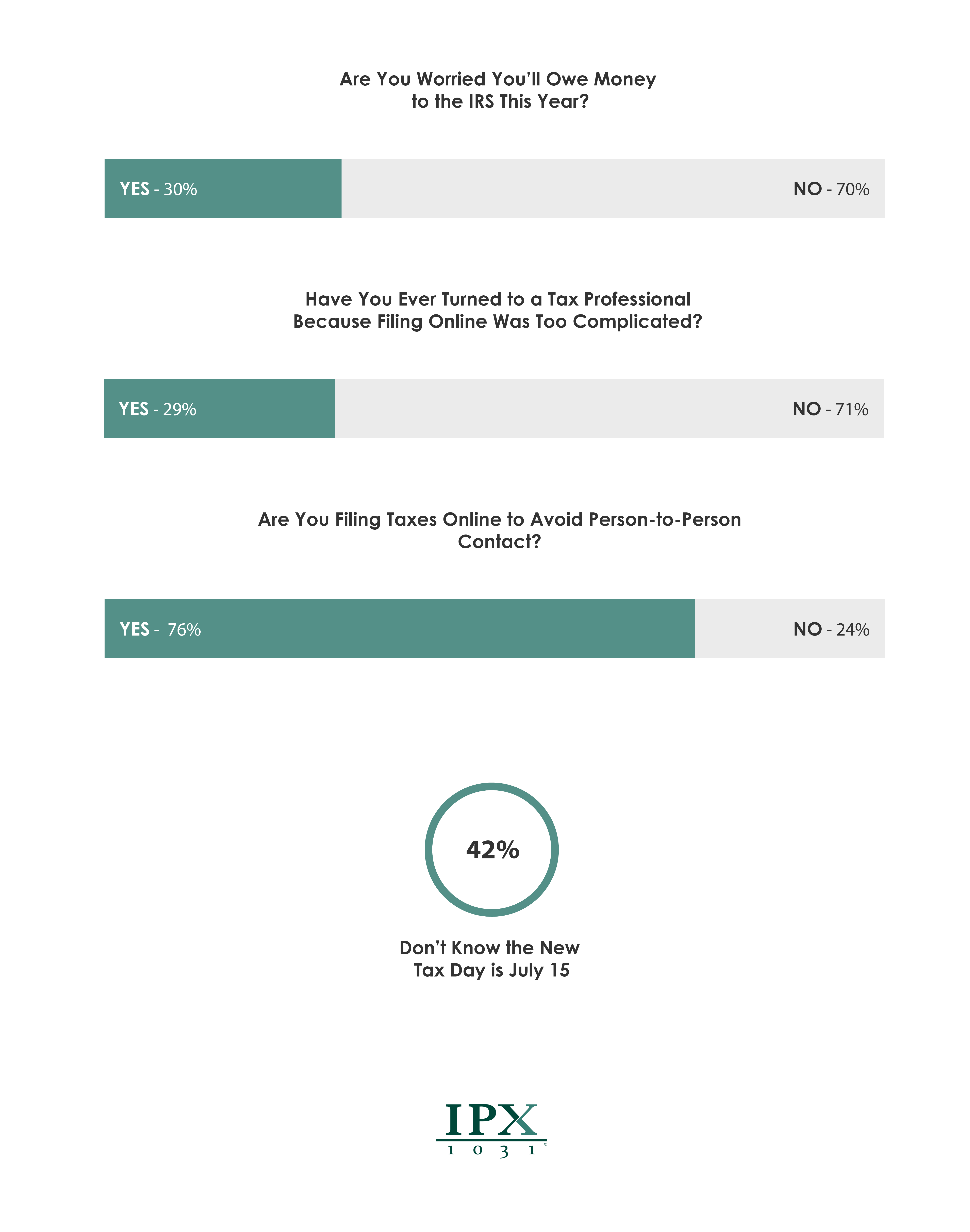 When it comes to filing taxes this year, Americans expect to get an average refund of $1,982, according to our survey. Millennials expect to receive the biggest refund with an average of $2,476 among those aged 24 to 39.

And what do Americans plan to do with that refund? According to respondents, 39% will use their tax refund to pay off debt, including credit cards, student loans and car loans. Putting their refund into a savings account was the second most popular response followed by investing and spending it on a vacation.

According to respondents, 27% say coronavirus has changed the way they plan to spend their tax refund. Spending their refund on necessities like food and groceries (24%) as well as saving their refund (24%) were among the top responses followed by mortgage and rent (23%). Along with a tax refund, many Americans will receive a stimulus check to help with personal finances during the coronavirus outbreak. According to respondents, most plan to put their stimulus check into savings (29%) or spend it on the mortgage or rent (20%).

Interested in learning more about 1031 Tax Deferred Exchanges?  You can use our Capital Gain Estimator or click here to learn more about how a 1031 Exchange can help preserve and grow your assets when selling and buying investment properties.

In February 2020, we surveyed 1,007 Americans between the ages of 18-78. Forty-nine percent of respondents were female and 51% were male. The average age of respondents was 39 years old.

Using the Google AdWords platform, we analyzed total search volume for more than 50 phrases and questions related to keywords such as “can I file taxes late,” “need tax extension” and “last day to file taxes” as well variations of those keywords and phrases. Search volume for these phrases and keywords was analyzed for last year’s tax season over the period of January 2019 to April 2019. Total search volume during this period was then calculated per capita and visualized per 100,000 for each state and major metro city with a population of 600,000 or more.