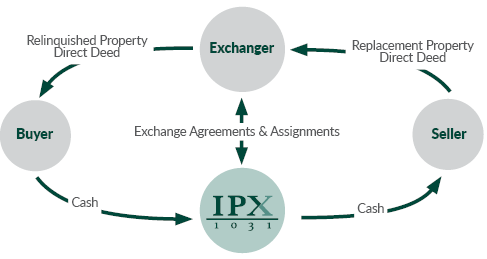 The Tax Court in Keith K. Klein v. Commissioner, 66 T.C.M. 1115 (1993), determined that one simultaneous three party exchange was a fully taxable sale. Mr. Klein’s closing escrow instructions simply assigned his rights to the proceeds from the sale of his Relinquished Property directly to the second closing for the purchase of his Replacement Property. The Tax Court stated that Mr. Klein had unrestricted control over, and thus had constructive receipt of, the exchange funds in his transaction. Klein argued that the provision in his earnest money agreement stated that the buyer would cooperate in structuring a tax deferred exchange. He believed that the funds in escrow were already assigned to the seller of the Replacement Property and therefore, he had no control over the funds. The Court indicated that the cooperation clause would not control the constructive receipt issue. Unwary taxpayers who do not utilize a Qualified Intermediary may be surprised to discover their transaction does not qualify for tax deferral.