IPX1031 is thrilled to congratulate John Wunderlich, IPX1031 President, EVP and Regional Manager of FNF, for being honored with the Federation of Exchange Accommodators (FEA) 2019 President’s Award for distinguished service to the FEA.

The FEA is the Professional Trade Association for Qualified Intermediaries under IRC §1031.  Each year, the FEA President’s Award is given to the person whose efforts, service and contributions have made the greatest positive impact to the FEA and the 1031 industry.

“This is an honor earned and well-deserved,” said Suzanne Goldstein Baker, IPX1031 EVP and General Counsel.  “John has worked hard to make the organization better, more solvent, and to preserve our industry.” 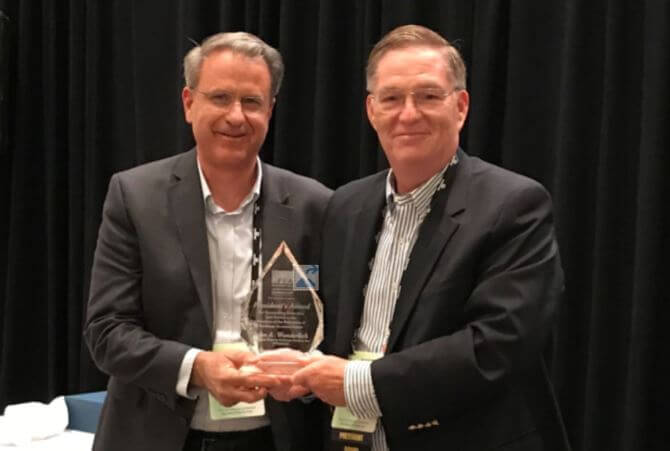 John has been a leader and a role model for other QIs. He serves on the Finance Committee, in which he has had a positive impact on appropriate dues and sustainable budgets. John also serves tirelessly on the Government Affairs committee. “In the tax reform fight for survival, and our continuing efforts, John has not walked the walk — rather, he has run the run,” shared Suzanne.

Well done, John!  We couldn’t be more proud  to see your contributions recognized and honored by our peers, colleagues and competitors.