Cities With the Most Renters and Homeowners

The advantages and disadvantages between owning and renting a home: While owning might be the best choice for some, others may prefer or need to rent. With increased remote work opportunities in the last few years, many people have uprooted and moved to new cities and towns across the country. We wanted to find out which cities are now home to the most renters and homeowners in the U.S. By analyzing the U.S. Census Bureau housing data of more than 300 cities, we found the top places for homeowners and renters. 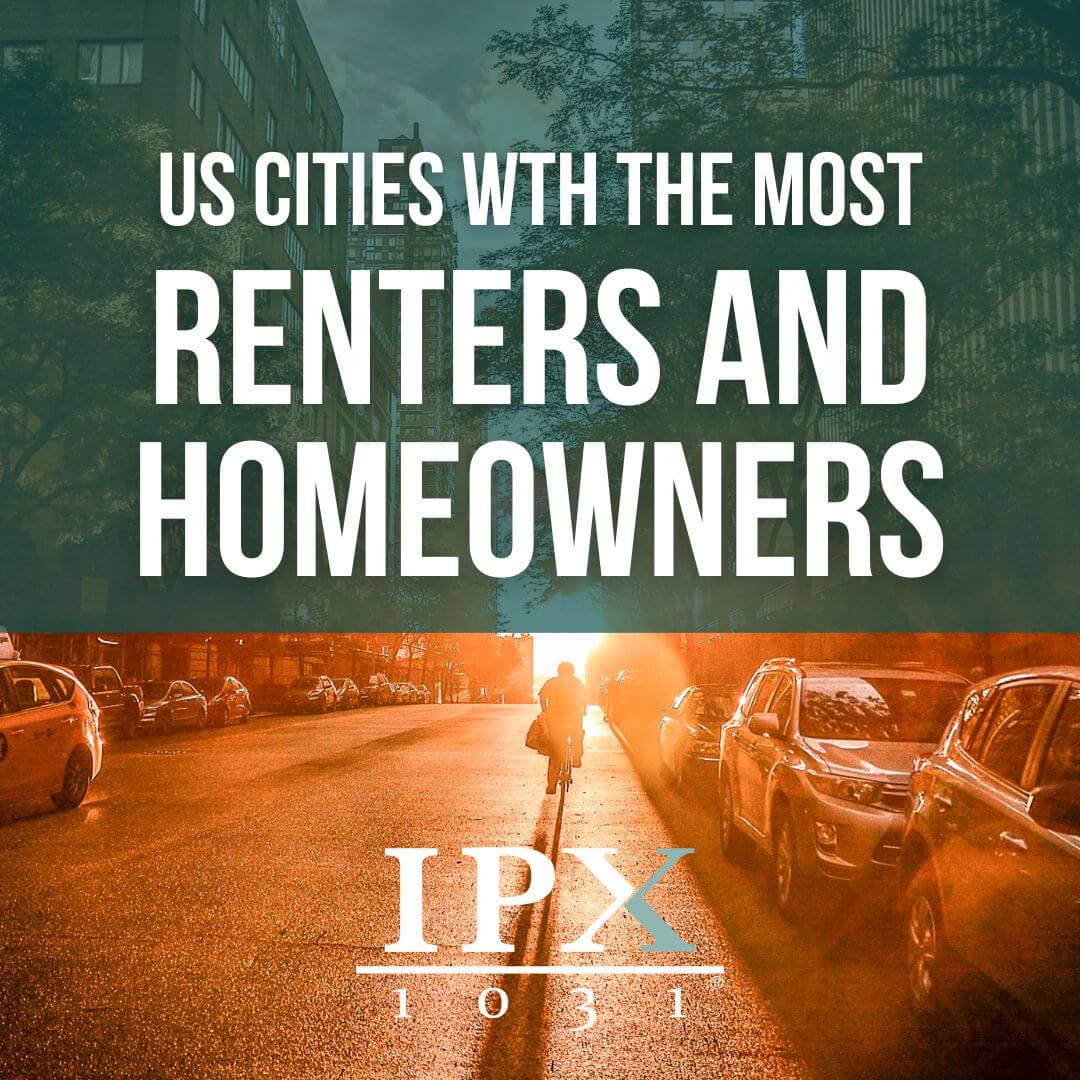 Renters and Homeowners Across the U.S. 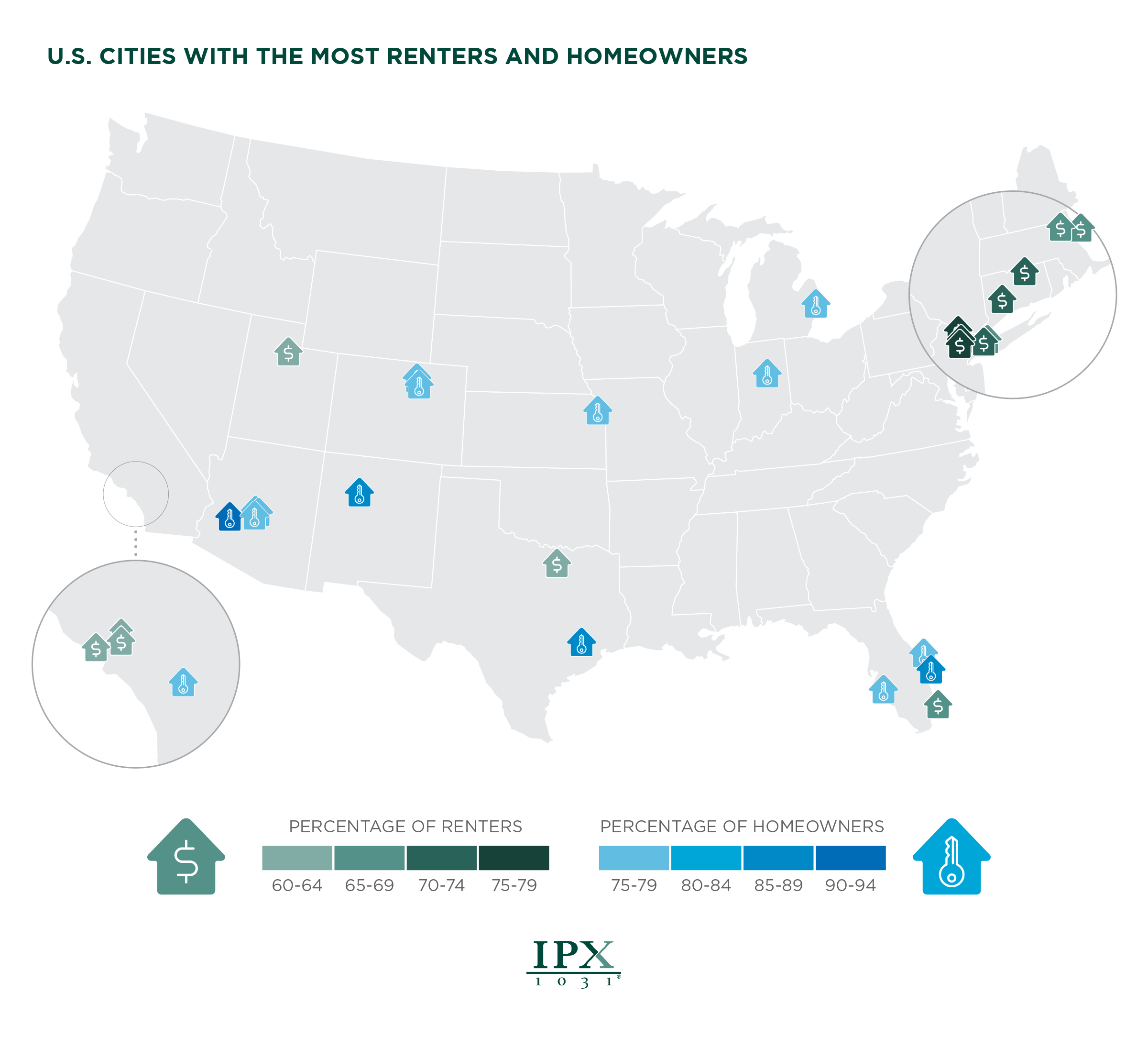 The highest percentage of renters in the U.S. can be found on the East Coast. Newark, New Jersey ranks number one with 79.15%. In fact, nine of the top 10 cities with the highest percentage of renters are in the Northeast. The one outlier in the top 10, Miami, Florida ranked 8th. When it comes to the most homeowners, the top cities are mostly located throughout the country’s South and West. Buckeye Arizona is the city with the highest rate of home ownership at 92.39%. 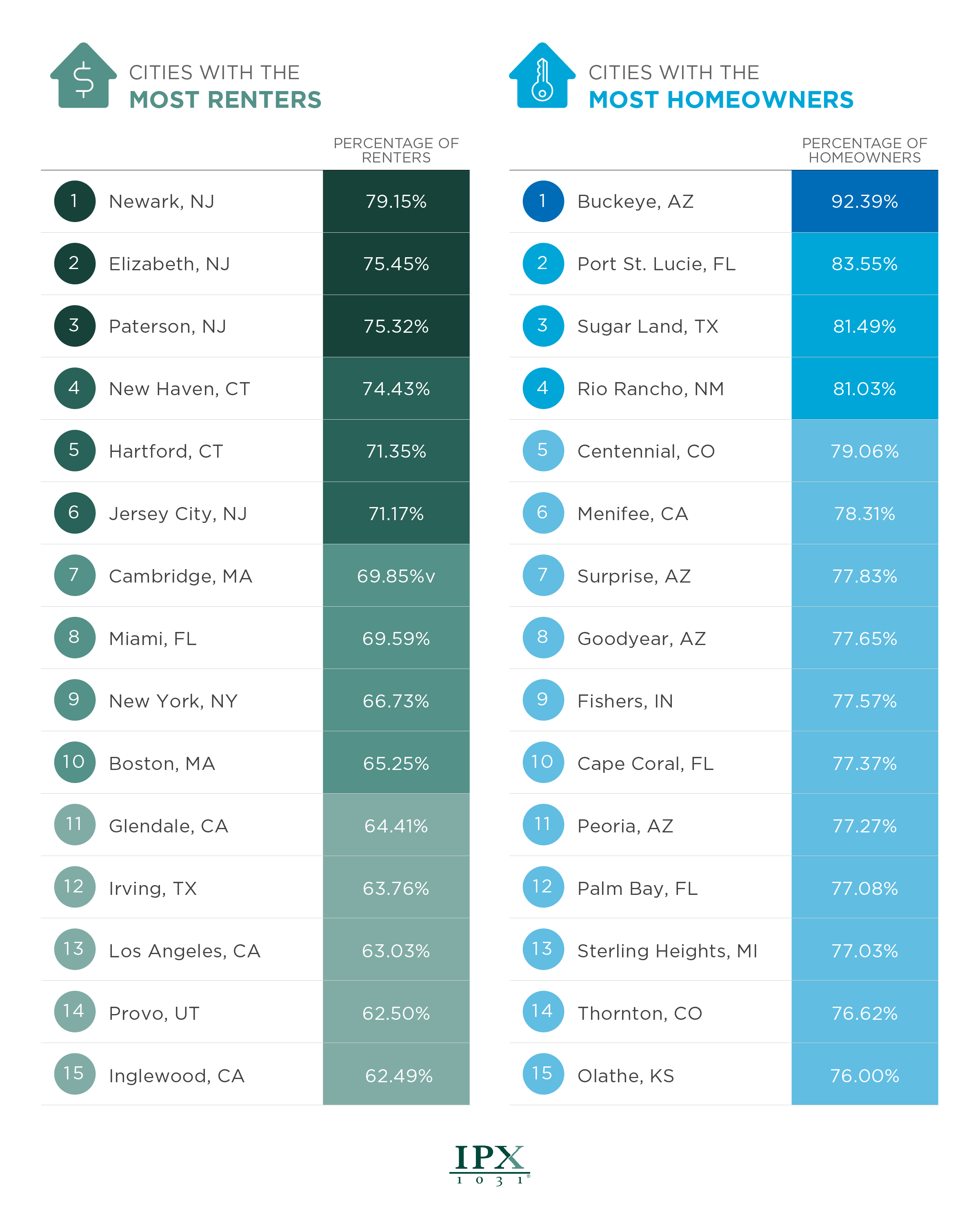 Besides Newark, three other New Jersey cities are home to the most renters. Elizabeth ranks second at 75.45%, followed by Paterson (75.32%), while Jersey City ranks 6th at 71.17%. The other two cities in the top five are New Haven, Connecticut (74.43%) which ranked 4th followed by Hartford, Connecticut (71.35%). Outside of the Northeast, other places that rank in the top 15 include Miami, three cities in California (Glendale, Los Angeles, and Inglewood), Irving, Texas, and Provo, Utah.

While some people may favor the flexibility of renting, others prefer to put down roots by purchasing a home. Buckeye, Arizona has the highest percentage of homeowners in the nation followed by Port St. Lucie, Florida (83.55%), Sugar Land, Texas (81.49%), and Rio Rancho, New Mexico (81.03%). Arizona has the most cities with the highest percentage of homeowners. Out of the top 15, four cities are located in Arizona and three in Florida.

When it comes to where people would like their ideal dream home to be, California, Florida, New York, Washington, and Colorado top the list. As for the location and surroundings, 28% would like their dream home in the suburbs, 22% on the beach or water, and 20% in the country.

While renters may not have the stability that home ownership provides, they are not always moving around. We wanted to find which cities are home to the most long-term renters. Specifically, we analyzed Census Bureau data on renters who have been in the same home for 22+ years. New York City tops the list with 415,817 renters who haven’t moved in more than two decades. Los Angeles ranks second, followed by Chicago, San Francisco, and Philadelphia.

Using housing data from the U.S. Census Bureau, we analyzed more than 300 cities with a population of 100,000 or more to determine which cities are home to the highest percentage of owners and renters. We also analyzed the cities with the most tenured renters by looking at renters who have lived in the same home for 22+ years.

When using this data and research, please attribute by linking to this study and citing IPX1031.

Converting Your Primary Residence Into Rental Property
Opportunities of the 1031 Exchange
What is a 1031 Exchange?
Capital Gain Estimator
1031 Knowledge Center